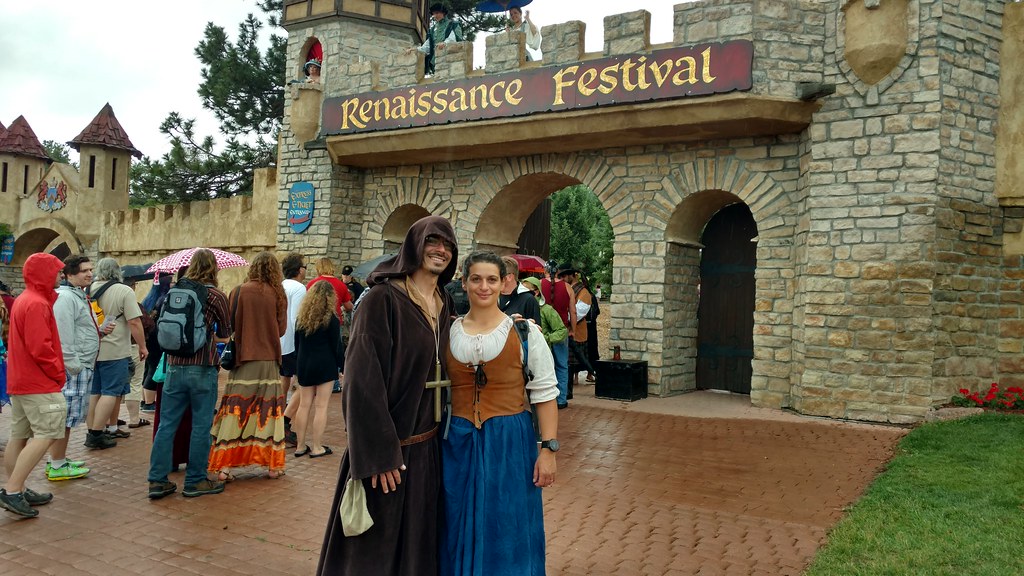 Dressed for the occasion!

Z and I had an amazing time at this years 40th Anniversary Colorado Renaissance Festival!  We started off this year by renting costumes from the costume shoppe outside of the front gates.  Z dressed as a beautiful maiden and I dressed as a Monk (Friar).  The costumes are pretty affordable costing anywhere from $25 to $65 for the ones I saw.  Our costumes were around $30/ea for the day rental and they have lots of accessories to make sure you look great such as under shirts, boots, pouches, belts, and more.

It’s super fun to attend the Renaissance in character.  Mine of course was a drunk Friar tuck. 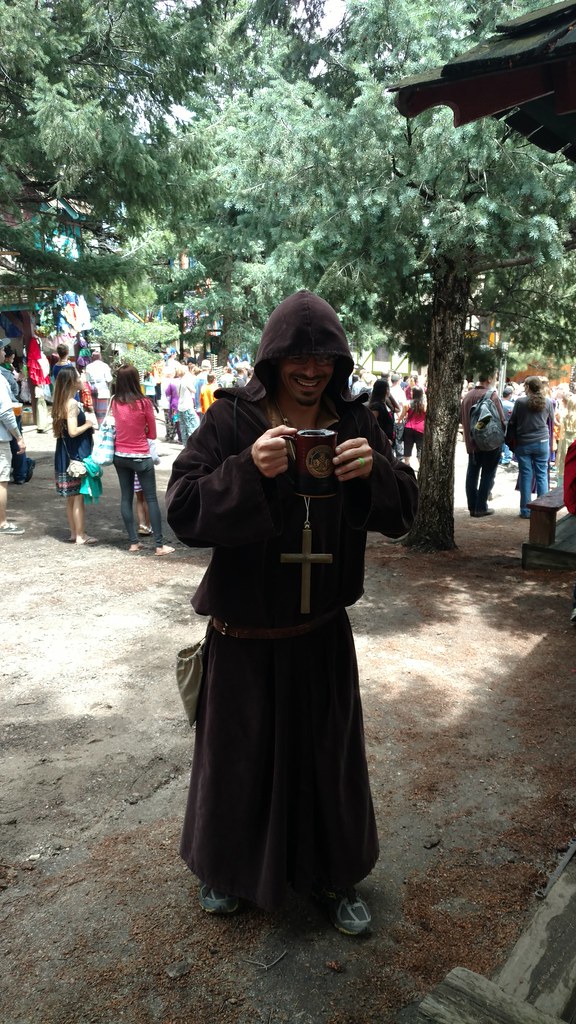 There are others that take the costumes WAY over the top! 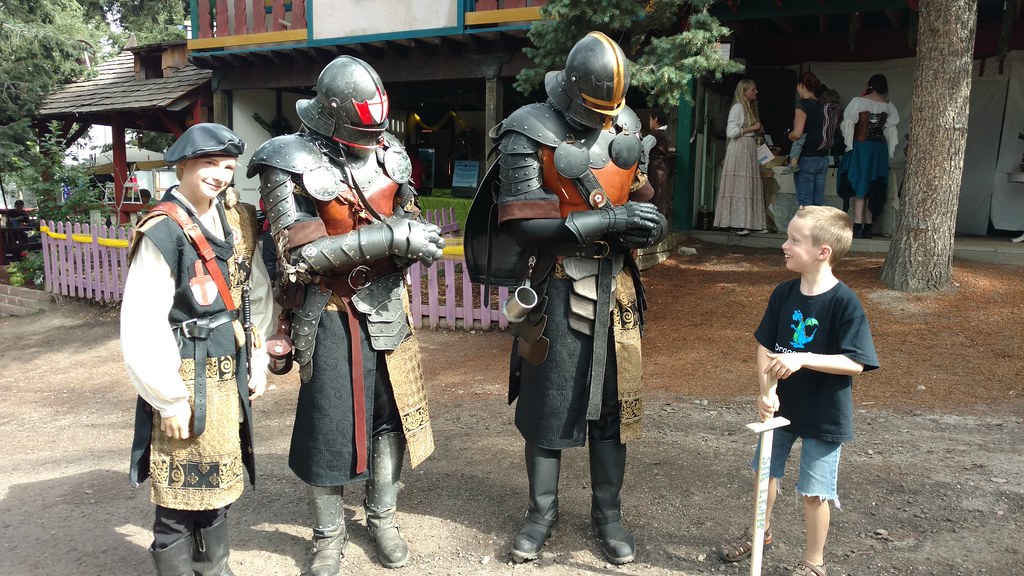 We ended up meeting a party of friends there.   I’m not sure why my brother Matt and Crystal don’t dress up anymore, they used to really get in to it.  Either way, it definitely increases the fun if you go with a bunch of people!  Also, the Renaissance offers a weekend where kids 12 and under get in free so there’s no reason not to grab a couple tickets and bring the kids. 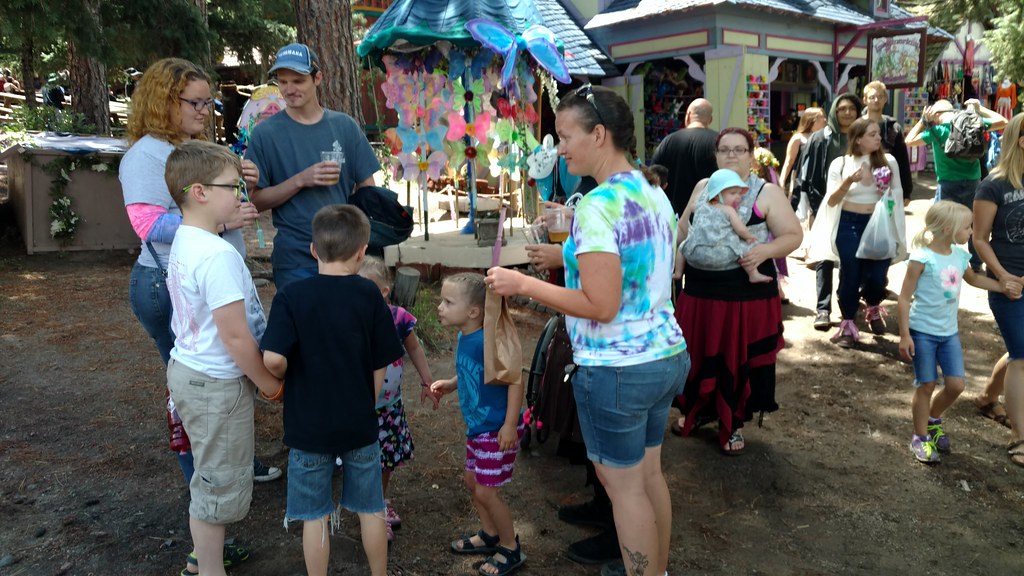 Many Artisans and Crafts for sale

This year it seemed like they had more wares for sale across more merchants than ever!  Given that crafts and art tend to cost more than your average trinket, the prices here are still quite acceptable in my opinion.  I don’t purchase much but I definitely visit all the shoppes and learn from the merchants about all the crafts being sold.   Below is my nephew Liam holding a ridiculous sword next to a vendor. 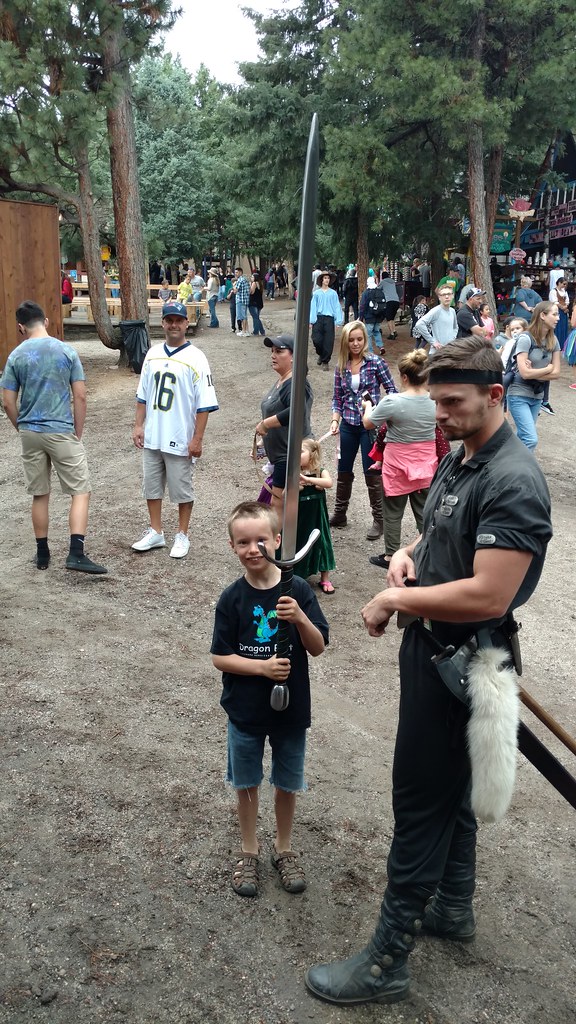 A Joust to the DEATH!

Whether your stand for Chivalry or Glory, the jousting is a fun event to watch.  There’s 30 minutes of build-up with lots of cheering for a 10 minute Joust to the death! 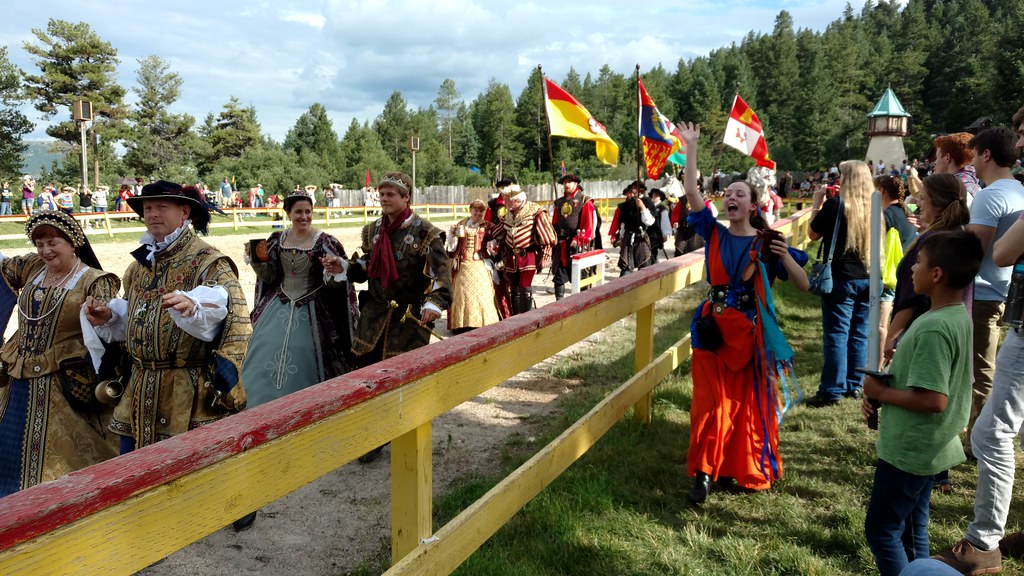 My attention was so apparently invested in the performance acts that I didn’t even take any pictures!  My favorite acts (Jousting aside) are Great Balls of Fire, Washing Well Wenches and the The London Broil and The Acrobatrix!  The kids love Twig the Fairy and I just found out this year (thanks to my sister Amber who can sign) that although Twig doesn’t speak to anyone, she will communicate with you using American sign language!